We offer a variety of martial art courses for coed adults, youth ages 3-14 and Ladys only. We help people develop personal and competitive skills in Muay Thai Kickboxing, Brazilian Jiu-Jitsu (BJJ) and No Gi Grappling. Call today to enroll at 250-754-6996!

CJ Martial Arts & Fitness is constantly learning and adapting to provide students with the newest and most effective techniques for gaining personal and competitive skills. In the quest to provide the best we are constantly evolving with our west coast affiliates providing our students with the best, most in-depth training possible.

Are you looking to be inspired? Are you searching for a way to discover more about yourself and enjoy one of the most intensive workouts? Or, are you a parent looking to give your child a sense of confidence and discipline in a fun and safe environment? Come train with us today! 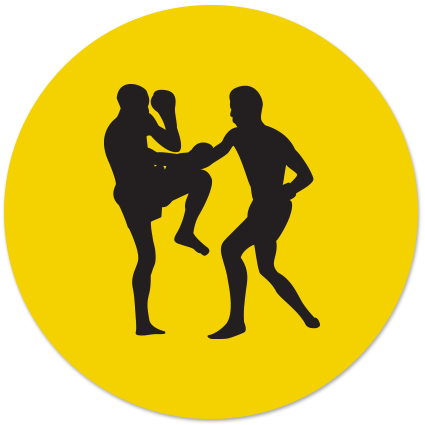 Muay Thai Kickboxing is a combat sport from Thailand that uses stand-up striking along with various clinching techniques. Muay Thai Kickboxing is referred to as the "Art of Eight Limbs" because it makes use of punches, kicks, elbows and knee strikes, thus using eight "points of contact", as opposed to "two points" (fists) in boxing and "four points" (hands and feet) used in other more regulated combat sports, such as kickboxing . There are 3 focuses to muay thai kickboxing training:

1. Thai pad training is a cornerstone of Muay Thai Kickboxing conditioning which involves practicing punches, kicks, knees, and elbow strikes with a trainer wearing thick pads which cover the forearms and hands. These special pads are used to absorb the impact of the fighter’s strikes and allow the fighter to react to the attacks of the pad holder.

2. Heavy bag training is a conditioning and power exercise that reinforces the techniques practiced on the pads.

3. Sparring is a means to test technique, skills, range, strategy, and timing against a partner.

BJJ - Brazilian Jiu-jitsu (and No Gi grappling) promotes the concept that a smaller, weaker person can successfully defend against a bigger, stronger attacker by using leverage and proper technique – most notably by applying joint-locks and chokeholds to defeat the other person.

BJJ training can be used for sport grappling tournaments (gi and no-gi) and mixed martial arts (MMA) competition or self defense.

Sparring (commonly referred to as "rolling.") and live drilling plays a major role in training, and a premium is placed on performance, especially in competition, in relation to progressing through its ranking systems.

Progression through Jiu-jitsu ranks involves four promotional stripes on each belt before receiving the next rank. The coloured belt ranking system is as follows: white, blue, purple, brown and finally the black belt. The journey to black belt at a reputable school can take anywhere from 8-13 years depending upon how frequently a person trains. 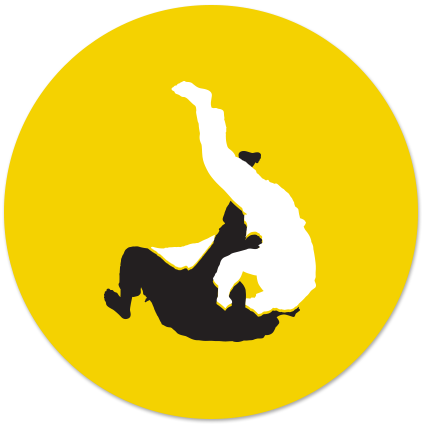